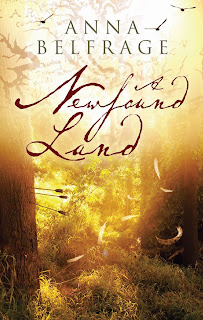 Synopsis:  It’s 1672, and Matthew Graham and his family have left Scotland. Having taken the drastic decision to leave their homeland due to religious conflicts, Alexandra and Matthew hope for a simpler, if harsher, life in the wilds of the Colony of Maryland.

Unfortunately, things don’t always turn out as you want them to, and the past has a nasty tendency to resurface at the most inappropriate moments. Both Matthew and Alex are forced to cope with the unexpected reappearance of people they had never thought to meet again, and the screw is turned that much tighter when the four rogue Burley brothers enter their lives.

Matters are further complicated by the strained relations between colonists and the Susquehannock Indians. When Matthew intercedes to stop the Burleys from abducting Indian women into slavery he makes lifelong – and deadly – enemies of them all.

Once again Alex is plunged into an existence where death seems to threaten her man wherever he goes.
Will Matthew see himself – and his family – safe in these new circumstances? And will the past finally be laid to rest?

My Thoughts:  Anna Belfrage has done it again!  I know I've gushed about this series before but I have to say that A Newfound Land is another wonderful installment in the Graham Saga.  I've grown so attached to this series that I'm starting to feel like Matthew and Alex are family.

This installment finds Alex and Matthew in America with their ever growing family and features Alex's father Magnus.  The one thing I was missing in the last book was Alex's family in the present day so it was nice to see Magnus again.  I thought the author did a great job of showing all the emotions Magnus dealt with as he saw Alex in a completely different light.  He struggled to see how happy she was because he was seeing her life through the eyes of someone living in the present and I thought it was really interesting to see his point of view.  I also enjoyed the addition of some Native American characters.  They made a brief cameo in the story but I wonder if they will show up in a later book.

I'm so eager to see where the story will go next.  Matthew and Alex are getting older and their children are growing up and there seems to be so much more that could happen. I'm very curious to see if Alex's older son, Isaac, will make an appearance in future books or if her former life will completely fade away.  I never expected to fall in love with this story but now that I have, I can't wait for more. The Graham Saga is a fabulous series that I can't recommend enough and A Newfound Land is a great addition to it.  This series has definitely become one of my favorites! 4 stars. 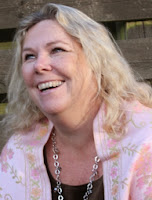 I was always going to be a writer – or a historian, preferably both. Instead I ended up with a degree in Business and Finance, with very little time to spare for my most favourite pursuit. Still, one does as one must, and in between juggling a challenging career I raised my four children on a potent combination of invented stories, historical debates and masses of good food and homemade cakes. They seem to thrive
… Nowadays I spend most of my spare time at my writing desk. The children are half grown, the house is at times eerily silent and I slip away into my imaginary world, with my imaginary characters. Every now and then the one and only man in my life pops his head in to ensure I’m still there. I like that – just as I like how he makes me laugh so often I’ll probably live to well over a hundred.