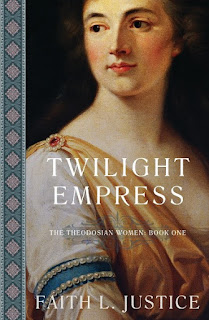 Synopsis: Twilight Empress tells the little-known story of a remarkable woman—Galla Placidia, sister to one of the last Roman Emperors. Roman princess, Gothic captive and queen—Placidia does the unthinkable—she rules the failing Western Roman Empire—a life of ambition, power and intrigue she doesn’t seek, but can’t refuse. Her actions shape the face of Western Europe for centuries.


A woman as well as an Empress, Placidia suffers love, loss, and betrayal. Can her strength, tenacity and ambition help her survive and triumph over scheming generals, rebellious children, and Attila the Hun? Or will the Dark Ages creep closer and bring down the Empire?

My Thoughts: I took a class on the Late Antiquity period in college and if it had been half as awesome as this book, I think I would have enjoyed it more. Twilight Empress is an utterly captivating read. The book sucked me in from the very beginning as the action started almost immediately.


Galla Placidia is now one of my favorite historical women.  She dealt with every last thing thrown at her with strength and grace.  She never forgot who she was or where she came from and did whatever she could to preserve her family's legacy.  She was an incredibly admirable character.

I also enjoyed reading about the different political and historical events that took place throughout the novel.  The story follows Galla Placidia through her entire adult life and a lot happened in the Roman Empire during that time. I loved watching her navigate through all the different situations during her time as Queen of the Goths and Augusta.

Overall, this was a great book.  It looks like it might be part of a series and I'm excited to read more by this author.  4 stars. 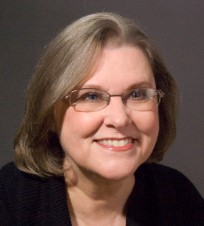 Faith L. Justice is a science geek and history junkie, which is reflected in her writing. Her short stories and poems have appeared in such publications as “The Copperfield Review”, “Beyond Science Fiction and Fantasy”, and the “Circles in the Hair” anthology. Faith has published in such venues as “Salon.com”, “Writer’s Digest”, “The Writer”, and “Bygone Days”. She’s an Associate Editor for “Space & Time Magazine”, a frequent contributor to “Strange Horizons”, and co-founded a writer’s workshop more years ago than she cares to admit.