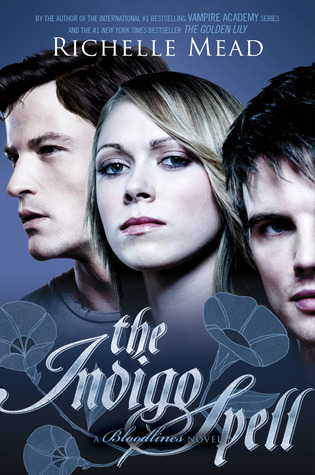 From Goodreads:  In the aftermath of a forbidden moment that rocked Sydney to her core, she finds herself struggling to draw the line between her Alchemist teachings and what her heart is urging her to do. Then she meets alluring, rebellious Marcus Finch--a former Alchemist who escaped against all odds, and is now on the run. Marcus wants to teach Sydney the secrets he claims the Alchemists are hiding from her. But as he pushes her to rebel against the people who raised her, Sydney finds that breaking free is harder than she thought. There is an old and mysterious magic rooted deeply within her. And as she searches for an evil magic user targeting powerful young witches, she realizes that her only hope is to embrace her magical blood--or else she might be next.

My Thoughts:  I love this series so much!  I just can't get enough of these characters and the worlds of Moroi and Alchemists.  Sydney is as awesome as ever in this installment and Adrian is just completely swoon-worthy.  I have always liked Adrian but I like him even more after this book; I am starting to like him even more than Dimitri (gasp!).

I was a little let down by Marcus.  It seemed like there was a lot of build up and then when he actually came into the picture, he wasn't nearly as exciting as I expected him to be.  However, I did find myself really loving Ms. Terwilliger in this book.  She was always kind of funny but I think she has become a very interesting character and I can't wait to see what role she will play in the next book.

The ending to this book was great; it was just how I wanted it to end!  It also left just enough loose ends to make me super excited for the next book.  I am so glad that I only have to wait until the fall for The Fiery Heart!  Sorry for all of the crazy gushing but seriously, if you haven't read the Vampire Academy/Bloodlines series, you should!  4 stars.