Paperback Release of "Who Do You Love?" by Jennifer Weiner

March 30, 2016
Hey y'all!  I'm excited to announce that 'Who Do You Love?' by Jennifer Weiner will be out in paperback beginning April 5!  I really love her books and this one was no exception.  You can read my review here. 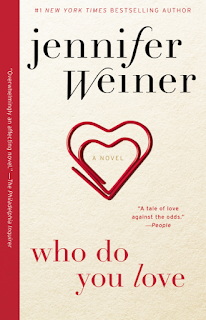 When Jennifer Weiner’s WHO DO YOU LOVE went on sale last year, it quickly became one of the bestselling and best-loved love stories of the year, featured in appearances on Good Morning America and CBS This Morning, and in the pages of People, Cosmopolitan, Good Housekeeping, Harper’s Bazaar, and US Weekly. Not since this #1 New York Times bestselling author’s debut, Good in Bed, was published fifteen years ago has one of her novels had such an impact on fans and critics alike.

A sweeping tale about the passage of time and the differences between people, WHO DO YOU LOVE (April 5, 2016; $16.00; Washington Square Press/Atria Books) explores the indelible influences of class, race, religion, celebrity, and charity; it is about what makes us strong, what renders us vulnerable, and how the measure of a life is who you love.

Rachel Blum and Andy Landis are just eight years old when they meet one night in an ER waiting room. Born with a congenital heart defect and a veteran of hospitals, Rachel’s intrigued by the boy who shows up alone with a broken arm. He tells her his name. She tells him a story. After Andy's taken back to a doctor and Rachel's sent back to her bed, they think they'll never see each other again. Yet, over the next three decades, Andy and Rachel will meet again and again — linked by chance, history, and the memory of the first time they met, a night that changed both of their lives. 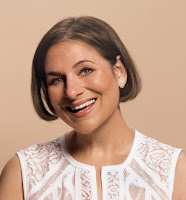 Jennifer Weiner is a New York Times Op-Ed Writer and a #1 New York Times bestselling author of twelve books. With over twelve million copies in print in thirty-six countries, her books have spent a combined total of more than five years on The New York Times bestseller list.
Weiner published her debut, Good in Bed, in 2001. The novel received a trifecta of starred reviews, an “A” in Entertainment Weekly, and was hailed as “This seasons’ beach-book Queen for a Day” by Janet Maslin in The New York Times. She went on to write In Her Shoes (2002), which was made into a major motion picture starring Cameron Diaz, Toni Collette and Shirley MacLaine; Little Earthquakes (2004); Goodnight Nobody (2005); the short story collection The Guy Not Taken (2006); Certain Girls (2008); Best Friends Forever (2009); Fly Away Home (2010); Then Came You (2011); The Next Best Thing (2012); All Fall Down (2014), and Who Do You Love (2015). In fall 2016, she will publish her much anticipated autobiographical essay collection, as well as her first children’s work, a Middle Grade adventure about friendship, furry creatures, and finding the place where you belong.
Weiner has appeared on numerous national television programs, including The Today Show, Good Morning America, CBS This Morning, and CBS Sunday Morning. She also has been published in dozens of newspapers and magazines, including The New York Times, Time, New Republic, Redbook, Glamour, Cosmopolitan, Seventeen, InStyle, Allure, Shape, Woman’s Day, Philadelphia Inquirer, and Good Housekeeping, and many of her essays can be found on her website. She lives in Philadelphia with her family.

Check out the book on Amazon!