October 02, 2016
I haven't done a Mailbox Monday post in a while and since I got a ton of books this week, I decided to go ahead and put one up.  It's been such a relaxing weekend and today is my 6 year wedding anniversary so it's been a good few days!

My local library had their big fall sale this week; I had two coupons for free books and decided to stop by.  I meant to only get two books and wound up getting 10 books and visiting on two different days.  They had an amazing selection of non-fiction books this time and all of the books I got are practically brand new so I couldn't resist the price! 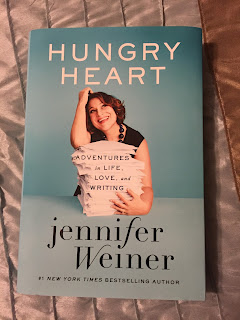 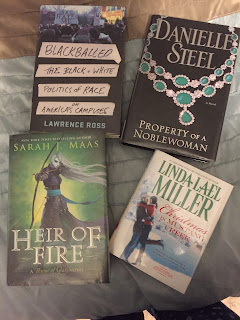 Blackballed: The Black & White Politics of Race on America's Campuses by Lawrence Ross
Property of a Noblewoman by Danielle Steel
Heir of Fire by Sarah J. Maas
Christmas in Mustang Creek by Linda Lael Miller 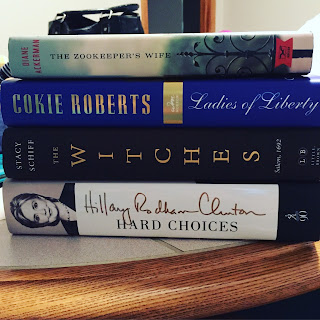 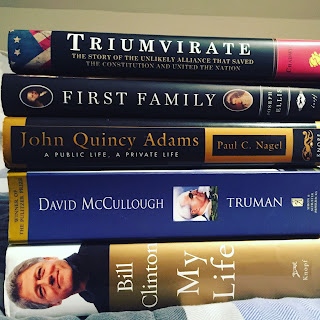 Triumvirate: The Story of the Unlikely Alliance that saved the Constitution and United the Nation by Bruce Chadwick
First Family: Abigail and John Adams by Joseph J. Ellis
John Quincy Adams: A Public Life, A Private Life by Paul C. Nagel
Truman by David McCullough
My Life by Bill Clinton

What books did you get this week?