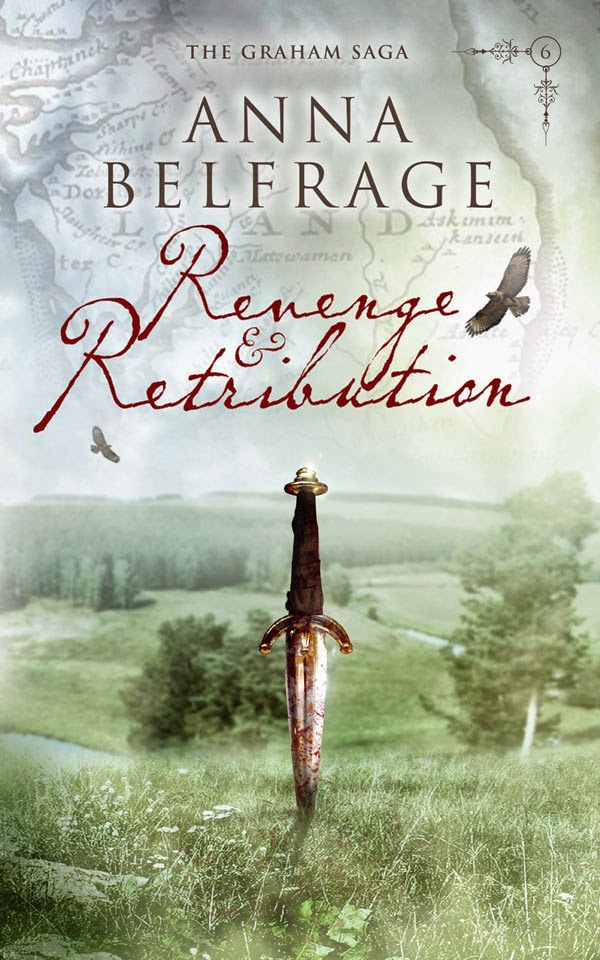 Synopsis:  Revenge and Retribution is the sixth book in Anna Belfrage’s time slip series featuring time traveller Alexandra Lind and her seventeenth century husband, Matthew Graham.
Life in the Colony of Maryland is no sinecure – as Alex and Matthew Graham well know. But nothing in their previous life has prepared them for the mayhem that is about to be unleashed upon them.
Being labelled a witch is not a good thing in 1684, so it is no wonder Alex Graham is aghast at having such insinuations thrown at her. Even worse, it’s Matthew’s brother-in-law, Simon Melville, who points finger at her.
Not that the ensuing hearing is her main concern, because nowadays Alex’s entire life is tainted by the fear of what Philip Burley will do to them once he gets hold of them – there is no longer any ‘if’ about it. On a sunny May afternoon, it seems Philip Burley will at last revenge himself on Matthew for every single perceived wrong. Over the course of twenty-four hours, Alex’s life – and that of her family’s – is permanently changed.
As if all this wasn’t enough, Alex also has to cope with the loss of one of her sons. Forcibly adopted by the former Susquehannock, Samuel is dragged from Alex’s arms to begin a new life in the wilderness.
How is Alex to survive all this? And will she be able to put her damaged family back together?


My Thoughts:  All I can say is WOW!  I know I gush about these books but they just keep getting better.  This book was rough on my emotions but it is probably one of my favorites of the six in the series.

Anna Belfrage is an amazing writer and I think that was especially evident in this book.  She makes her characters so real that you could almost feel the same things they were feeling.  The Grahams fell on some hard times in this book and there were several parts that had me in tears.  One of the reasons that I like these books so much is that they 'keep it real'.  The Grahams are an extraordinary family but they aren't immune to the hardships of the real world.  They in American colonies in the 1600s, life wouldn't have been easy and Ms. Belfrage doesn't try to sugarcoat what life would have been like. I also think she did an excellent job of dealing with some really tough issues as they related to some of her characters.  There were a few characters who experienced some really horrible things and I thought she treated them so respectfully in the way she described the events and their aftermath.

I enjoyed getting to know some of the secondary characters more in this book.  I found Lucy to be so interesting.  She did some bad things and wasn't the nicest person on the planet but it seemed that really all she wanted was a little attention. Her fascination with the little painting/portal made me wonder if she'll play a larger role in future books.  I also liked getting to know Sarah as a character and enjoyed seeing the friendship between Sarah and Father Munoz grow.  The Burleys...UGH.  I hate them so much and wish they would go away and never come back.  They are some of the worst villains I have ever read about and are right up there with Black Jack Randall on my list of characters I despise.  I knew they were a bad bunch but this book just cemented how awful they are.

After some of the events in this book, I am curious to see what role 'the present' as Alex knows it will play in future books.  I really want to know what Isaac is doing now so I'm hoping he will show up again.  I am super excited to read the next book but a little nervous at the same time (I read the preview segment, and all I have to say is WHY???).  Seriously people, if you haven't read these books yet, what are you waiting for? 4 1/2 stars. 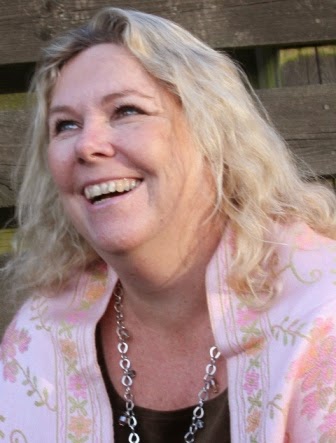 I was always going to be a writer – or a historian, preferably both. Instead I ended up with a degree in Business and Finance, with very little time to spare for my most favourite pursuit. Still, one does as one must, and in between juggling a challenging career I raised my four children on a potent combination of invented stories, historical debates and masses of good food and homemade cakes. They seem to thrive … Nowadays I spend most of my spare time at my writing desk. The children are half grown, the house is at times eerily silent and I slip away into my imaginary world, with my imaginary characters. Every now and then the one and only man in my life pops his head in to ensure I’m still there. I like that – just as I like how he makes me laugh so often I’ll probably live to well over a hundred.
I was always going to be a writer. Now I am – I have achieved my dream.

I received a copy of this book from HFVBT in exchange for an honest review.