Review: "The Debt of Tamar" by Nicole Dweck 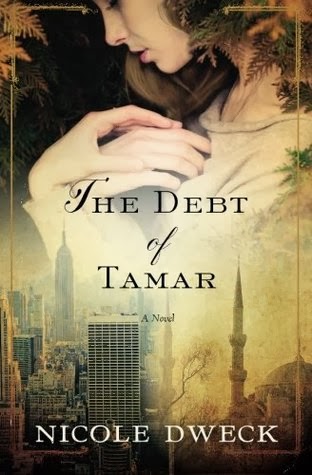 Synopsis:  During the second half of the 16th century, a wealthy widow by the name of Doña Antonia Nissim is arrested and charged with being a secret Jew. The punishment? Death by burning. Enter Suleiman the Magnificent, an Ottoman “Schindler,” and the most celebrated sultan in all of Turkish history. With the help of the Sultan, the widow and her children manage their escape to Istanbul. Life is seemingly idyllic for the family in their new home, that is, until the Sultan’s son meets and falls in love with Tamar, Doña Antonia’s beautiful and free-spirited granddaughter. A quiet love affair ensues until one day, the girl vanishes.

Over four centuries later, thirty-two year old Selim Osman, a playboy prince with a thriving real estate empire, is suddenly diagnosed with a life-threatening condition. Abandoning the mother of his unborn child, he vanishes from Istanbul without an explanation. In a Manhattan hospital, he meets Hannah, a talented artist and the daughter of a French Holocaust survivor. As their story intertwines with that of their ancestors, readers are taken back to Nazi-occupied Paris, and to a sea-side village in the Holy Land where a world of secrets is illuminated.

Theirs is a love that has been dormant for centuries, spanning continents, generations, oceans, and religions. Bound by a debt that has lingered through time, they must right the wrongs of the past if they’re ever to break the shackles of their future.

My Thoughts:  The Debt of Tamar was truly unlike any other book I have read.  The story itself and the characters' experiences are very unique which mad for an enjoyable read.  It is a really good debut novel that covered several interesting historical periods and introduced the reader to a number of fascinating characters.

I find the Inquisition to be a really interesting period in history and I enjoy reading books that cover this period and discuss the effects it had on the Jewish people living in the Iberian peninsula.  The story starts out in Portugal but quickly moves to other places.  Through the story, the reader is transported to Portugal, France, America and Turkey in different eras with different characters' perspectives and I thought the transition between different countries and periods was seamless.

I loved all of the characters in this story but I did think it was kind of funny that Tamar herself is such a minor character in the story.  Her 'debt' drives the whole story and yet I knew very little about her.  I also didn't really understand why she owed Murat anything; it wasn't her fault what happened and I kind of wish this would have been elaborated on more.  I also would have liked to know more about what happened to her after she was sent away from Istanbul.  Of the other characters in the story, I liked the character of Selim the best.  He was such a kind and gentle soul and I just felt very drawn to him

This was a very quick and engaging read that left me wishing for more!  The Debt of Tamar is beautifully written and definitely a story that any fan of historical fiction would enjoy.  3 1/2 stars.


I received this book from Historical Fiction Virtual Book Tours. 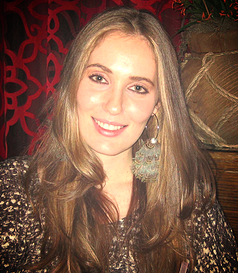 Nicole Dweck is a writer whose work has appeared in newspapers and magazines across the country.
As a descendant of Sephardic (Spanish) refugees who escaped the Inquisition and settled on Ottoman territory, Dweck has always been interested in Sephardic history and the plight of refugees during the Spanish Inquisition. The Debt of Tamar, her debut novel, was a two-time finalist in the UK’s Cinnamon Press Novel Award Competition. It has also received an honorable award mention in the category of Mainstream/Literary Fiction from Writers Digest and was the highest rated book for two weeks running on the Harper Collin’s “Authonomy” website. It has claimed a #1 Bestseller spot in the Amazon Kindle Middle East Fiction category, a #1 Bestseller spot in Amazon Kindle Jewish Fiction category, and has been included as one of the “Hot 100″ Kindle bestsellers in the category of Historical Fiction.

Dweck holds a BA in Journalism and a Masters Degree in Global Studies with a focus on Middle East Affairs (NYU) . Her non-fiction articles have appeared in several magazines and newspapers including The New York Observer and Haute Living Magazine.

She lives in New York City with her husband and son.